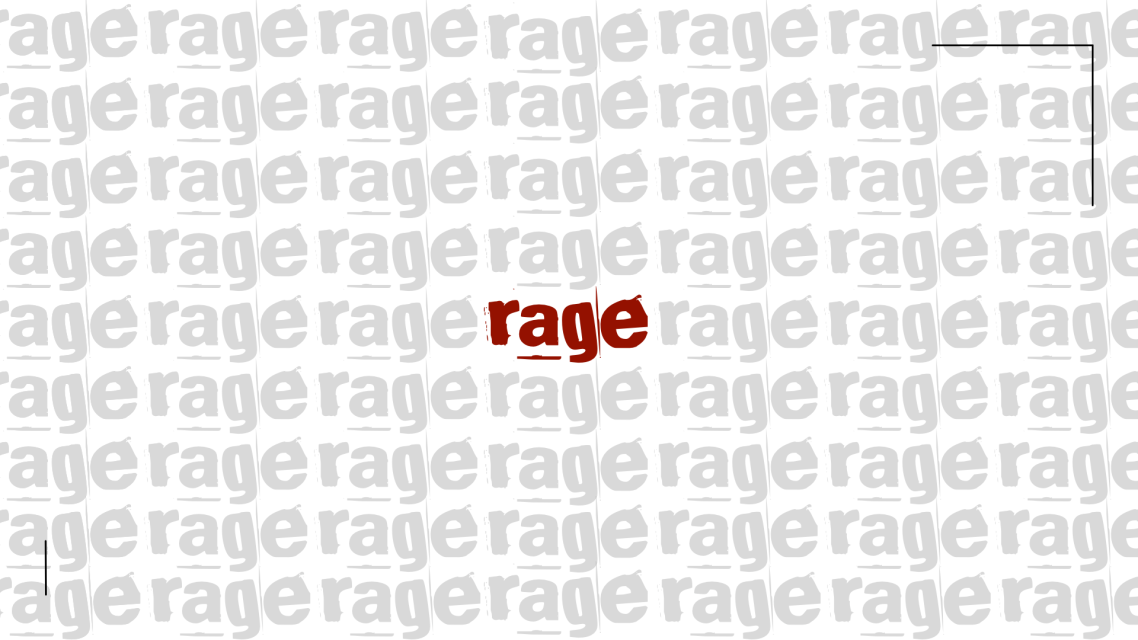 Rage was written in 2011 for Sean Harvey. The piece is meant to depict a person experiencing feelings of rage and anger coming and going while moving through daily life. Throughout the piece, sporadic changes in feel occur through the use of metric modulation, rhythmic superimposition, and meter changes as well as changes in rhythmic density. A recurring theme based on quintuplets interrupted by groups of three sets the mood. This theme develops before it is followed by a very aggressive passage. A significant drop in dynamics and less dense music suggest the aggression is subsiding, but these intense musical ideas and frequent changes of emotion remain on a relentless, uncontrollable path until the end.